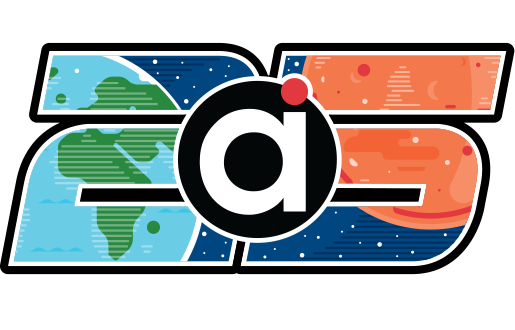 2022 is an exciting year for a.i. solutions as we celebrate 25 Years of serving American defense and civilian space agencies and the commercial space market providing proven mission engineering services and products to our customers enabling uninterrupted and reliable access to space.

a.i. solutions History in the Making

In 1996, a.i. solutions opened its doors as a small contingent of experts in orbital mechanics and flight dynamics. The following year, we introduced FreeFlyer®, a COTS astrodynamics software for space mission analysis and operations, which catapulted the business from the starting blocks. Over the first few years, we steadily grew, lending our expertise to the launch services and missile defense arenas, and opening offices in Cape Canaveral, FL, Huntsville, AL, and Colorado Springs, CO. Since 2015 after the award of two major prime contracts, a.i. solutions opened its fifth office in Houston, TX and now provides mission engineering and technologies, mission systems assurance, and launch services for numerous programs and agencies including NASA GSFC, NASA KSC, NASA JSC, Missile Defense Agency, US Air Force, US Space Force, and the US Army. a.i. solutions has also received numerous awards, including the 2010 and 2014 NASA Agency Small Business Prime Contractor of the Year and the 2018 NASA Agency Large Business Prime Contractor of the Year awards.

“Since we launched in 1996, our goal has always been to exceed customer expectations,” said Bob Sperling, President and CEO of a.i. solutions. “Reaching this 25-year milestone proves that we have an outstanding product and a remarkable team that collectively deliver results. I am extremely proud of where we have been and where we are going.”

Looking Ahead to the Next 25 Years

As we move forward to explore what the next 25 years will offer, we bring with us all of the people who made the first 25 years a success. Without our dedicated employees, our teams, and our customers, we would not be here today enjoying this celebration. They are truly what makes it all possible.

We launch the next 25 years with a new brand that places your mission at the center of our Core4 values — Customer. Team. Company. Self — and no matter how challenging, it is accepted as our focus so you can explore. For our customers, it is the mission of space exploration and helping you take the next ‘one giant leap.’ For our teams, it is the mission of discovering new innovative technologies and solutions in a dynamic environment. As a company, we carry out the mission of responsibility to our customers, employees, partners, and our community as we continue to enable smarter approaches to achieve better results. To ourselves, we focus on the mission of continuous learning, healthy living, family, and mentoring the generations that follow in our footsteps. a.i. solutions is committed to helping you achieve your mission every day whether it is here on the ground, in Earth orbit, or is the future of deep space exploration — Your Mission Accepted.

Become a Part of Our Team!

In 2020 the United States Space Force (USSF) released an implementation of the SGP4-XP propagator, an advanced version of the existing SGP4 propagator stated to deliver accuracy roughly equivalent to that of the USSF’s Special Perturbations Ephemeris propagator (SPEPH) with runtimes only 50% to 100% longer than SGP4. This paper presents an analysis of the performance characteristics of the SGP4-XP propagation algorithm and considers new and existing practical applications where it can be used more effectively than SGP4.