What are Space Ground Systems?

3-2-1 Liftoff! We are all familiar with rockets launching commercial, civil, and military satellites into space and placing them into orbit but, how does this occur and what happens after the much-awaited spacecraft separation?

Space ground systems are made up of several primary components including Ground Stations, Mission Control Centers, Ground Networks, Remote Infrastructure, and Launch Facilities. These components work together to enable management of spacecraft, payload data, and telemetry. They may be located together in one area or expanded across the globe.

Ground stations act as the central nerve center for the entire space system. Ground stations consist largely of an antenna that physically communicates data from orbiting spacecraft and processes it into actionable reports for satellite and human spaceflight operators. For example, a spacecraft transmits its telemetry data, which can contain information about its current position or state, to ground stations. Ground stations also transmit data, such as command and control instructions, to the spacecraft to perform actions like orbit corrections or conjunction assessment (CA) maneuvers. Grounds stations operate 24 hours a day, 7 days a week and may be monitored and controlled remotely. A single ground station can support multiple spacecraft, repositioning to communicate with each one.

MCCs command spacecraft that are on-orbit. After receiving telemetry data (or spacecraft state data) from ground stations, commands are formatted according to the spacecraft system, and are validated prior to being transmitted to the satellite. Commands may be manually issued in real-time or automatically as a part of a list of procedures. Both commands and procedures are often developed and validated against flight dynamics simulators, such as a.i. solutions’ FreeFlyer® Software, before being performed on the actual satellites.

For example, a spacecraft reports the momentum of its reaction control wheels (RCWs) in telemetry data that is received by the Ground Station and transmitted to the MCC. The flight dynamics team within the MCC analyses the change in momentum over time and determines that, if left unchecked, the momentum will grow to an unsafe level in the next few days. A momentum unload maneuver is planned, indicating a specific thruster (or thruster set), time and number of pulses for the maneuver. The MCC uses the Ground Station to relay the maneuver plan to the spacecraft, and the spacecraft will execute the maneuver at the specific time. In the same way the MCC will then analyze the resulting momentum values to determine the effectiveness of the maneuver.

Ground networks handle all communications and data transfers to and from the different components of the space ground system. They provide the bandwidth, reliability, and security needed for complex processes and computations on a day-to-day basis. These networks must remain operational 24/7 and have redundancy built in to maintain continuity of operations.

For instance, the Hubble Space Telescope (HST) takes beautiful pictures of the depths of space. The image data the HST captures is received on the ground by the Ground Station. It is then processed by the MCC and routed to other institutions, such as, the Space Telescope Science Institute (STScI) for further analysis.

Launch facilities make up the entire infrastructure needed to erect a rocket, together with its spacecraft, for launch. Launch facilities are often referred to as a spaceport where the area provides for one or more launch pads.

Launch facilities include many components such as the launch platform and services structure that will support the vehicle with electrical, fluid, propellants, telemetry and communications. These services are connected to the launch vehicle through umbilicals that are accessible to launch and mission control centers, ground stations, and remote devices for controlling launch operations.

The Future of Space Ground Systems 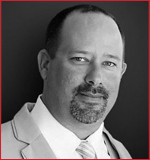