“Test What You Fly, Fly What You Test” Keeping the ISS Safe from Collisions

The International Space Station (ISS) is a precious asset of value because it is continuously occupied by a crew and is the world’s stage for in-space research. Over the past decade, the space environment that surrounds the ISS has grown increasingly dangerous due to the threat of collision with debris. The impact of even a small particle to the critical systems on ISS could have devastating consequences, including loss of human lives and billions of dollars’ worth of equipment. As the space around our planet is increasingly utilized for commercial and research purposes, the risk of collision with spent rocket bodies, defunct satellites, or small pieces of debris with spacecraft in Low Earth Orbit (LEO) is expected to grow. At the time of writing, approximately 23,000 debris objects are regularly tracked [1]. The total number of space debris objects, however, is estimated at 166 Million [2]. This number is expected to triple by 2030[3].

To mitigate the danger of collisions, NASA works in cooperation with US Space Surveillance Network (STRATCOM) to identify and analyze potential collisions [3]. STRATCOM continuously scans the sky with radar signals and maintains an updated catalog of observations of debris objects. When a close approach between the ISS and a debris object is predicted, the Joint Space Operations Center notifies NASA Johnson Space Center via a Conjunction Data Message (CDM).

The CDM contains the state vectors and covariances, as well as other observation data, of the ISS and debris object(s) approaching the station. Once received, the CDM is parsed and ingested into the conjunction database maintained by the Trajectory Operations Officer (TOPO) flight control team at JSC. This automatic process also includes the calculation of miss distances at the Time of Closest Approach (TCA) and Probability of Collision (Pc). When the safe threshold values for miss distance or Pc are exceeded, the TOPO flight controllers receive a notification. The TOPO controller will then analyze the conjunction data using ground system collision and avoidance tools and make the decision to perform avoidance maneuvers if necessary.

a.i. solutions developed the ISS Collision Avoidance System (CAS) software used by flight controllers during operations. The suite of tools is used to perform analysis to assess the risk of collision and make informed decisions on actions such as Debris Avoidance Maneuvers (DAMs) or shelter-in-place procedures for the ISS Crew. A conjunction may be computed using an updated state vector or standard covariance through the CAS, which utilizes a.i. solutions’ FreeFlyer Software as its propagation engine. In the event a DAM is necessary to mitigate a conjunction, the CAS includes functionality to search for optimal maneuvers in time and magnitude. If necessary, maneuvers under consideration may be additionally re-screened against the debris object(s) to check for effects on repeat conjunctions. When the necessary maneuver is identified, it is transmitted to other members of the flight control team directly from the CAS application.

Due to the high cost of error with the CAS, a.i. solutions and flight controllers performed a test campaign exercising the limits of every feature of the new collision avoidance tools. Test cases included inputs from real orbital conjunction events as well as simulated events to cover all potential conjunction geometries. The entire historical catalog of more than 8,000 orbital conjunction messages were processed in a single batch ensuring the system could robustly process large quantities of input. As part of the software process used by the Flight Dynamics Software Division, developers and users conducted independent developer verification and user acceptance testing on the CAS. Close collaboration between a.i. solutions’ engineers and the flight controllers conducting the user acceptance testing helped identify and correct usability issues prior to delivery. Finally, the development of automated unit tests will help prevent the introduction of any new issues in future releases.

The a.i. solutions approach to “Test What You Fly, Fly What You Test” demonstrated to the customer that the ISS Collision Avoidance System was ready for certification ahead of schedule. Because of the urgent need for better collision avoidance analysis tools and a.i. solutions’ quality development and testing processes, the CAS was approved for use in ISS mission support earlier than planned. At the time of writing this article, it has been nearly two years since the ISS performed its last DAM to avoid a possible collision. The CAS software enables the TOPO flight control team to confidently avoid unnecessary maneuvers, saving fuel and operator effort, while maintaining the same level of safety for the mission and crew. a.i. solutions is proud to apply its experience, knowledge and innovative approaches to the development and testing of the CAS providing safer operations to the ISS and its Crew – Smarter Approaches. Better Results.™ 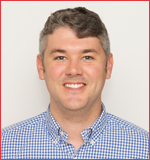