The DSTE Integration and 3D visual systems have been enhanced to track trajectory data in both the base rotating and inertial in parallel. This allows the user to instantly convert the 3D view for insight. This applies equally to libration families as generated by the libration generation GUI and trajectories selected using other tools such as maps and transfer generation tools. 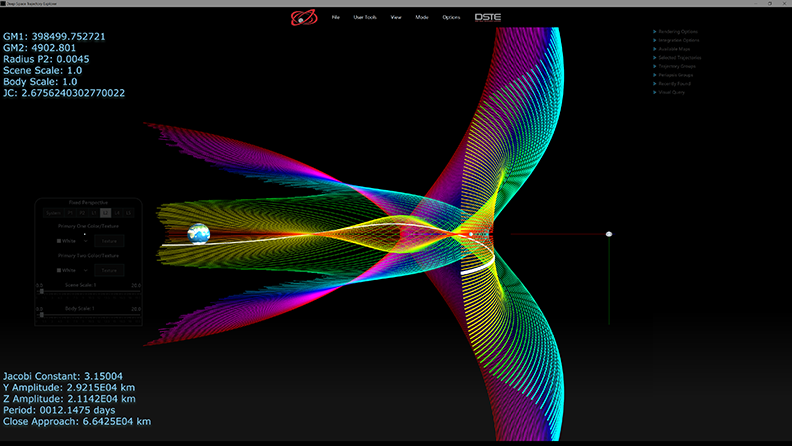 The Integration system now can integrate with all equations of motion using an Adaptive Step RungeKutta78 Integrator. For most scenarios this provides an order of magnitude speed improvement without sacrificing quality. Users can switch between adaptive and fixed step using the Integration Options GUI. 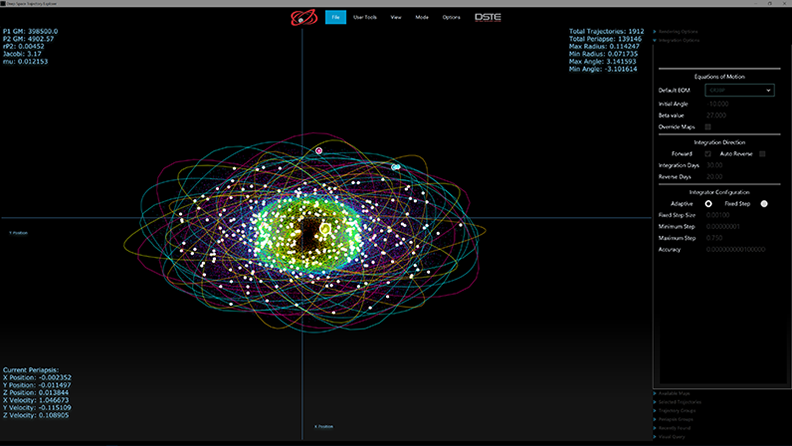 In previous DSTE releases libration point orbit families were computed using a text-based configuration file. To augment this capability, the DSTE allows a user to generate families directly from the DSTE GUI. Certain families will be available from drop-down menus for fast generation. The user may optionally specify system parameters onscreen with an initial guess for the first family member, allowing the generation of families not yet cataloged. 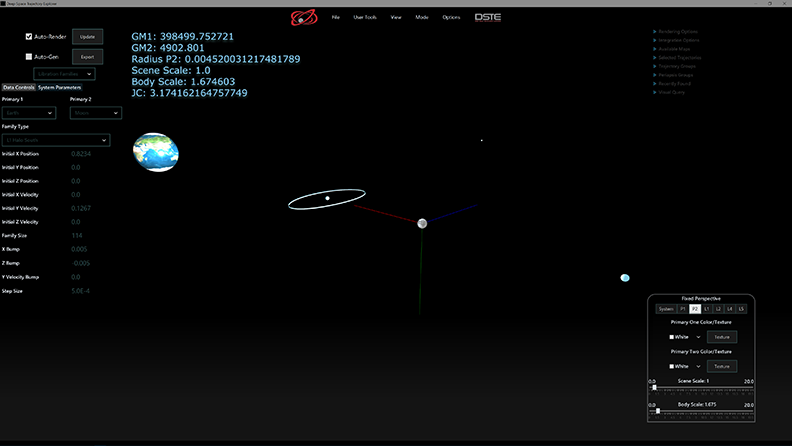 With a button click both the configuration file and optionally the libration family are generated, dynamically rendering on screen. This allows the user to quickly and painlessly visualize libration families that are defined within the internal data files. 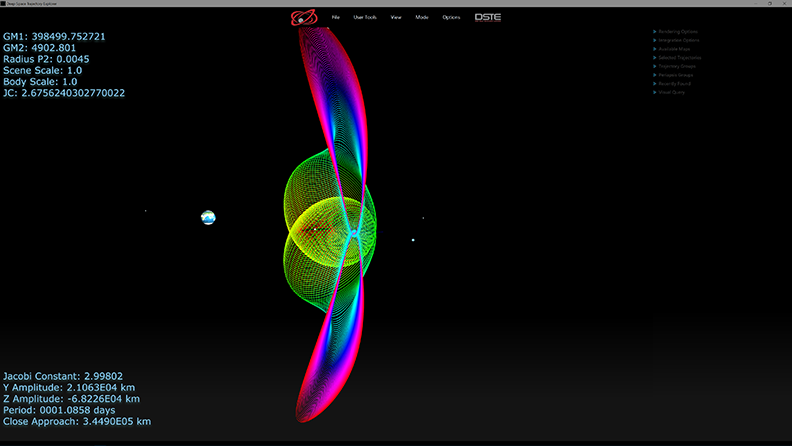 The following new DSTE features are in development currently and targeted for 2018 release: